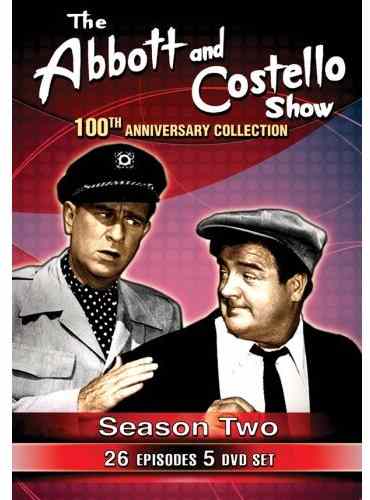 Is Who still on first if it’s the second season? You’ll find out with this rare and riotous collection honoring the 100th birthday of Lou Costello and featuring the landmark Abbott & Costello Show that Jerry Seinfeld calls the inspiration for his own hit series!

This remarkable 5-disc collection contains all 26 episodes of the second – and final – season (1953-1954), complete and unedited, digitally remastered, looking and sounding better than ever.

PLUS: Never-before-seen home movies of Lou Costello and his family from the 1940s and ‘50s – many in full color with sound! (Even Bud manages to make a few “guest appearances.”) To round things out, Lou’s daughters, Paddy and Chris, share warm and wonderful anecdotes about their father in exclusive interviews. A treasure for Abbott & Costello fans everywhere!