Abbott and Costello Meet the Mummy 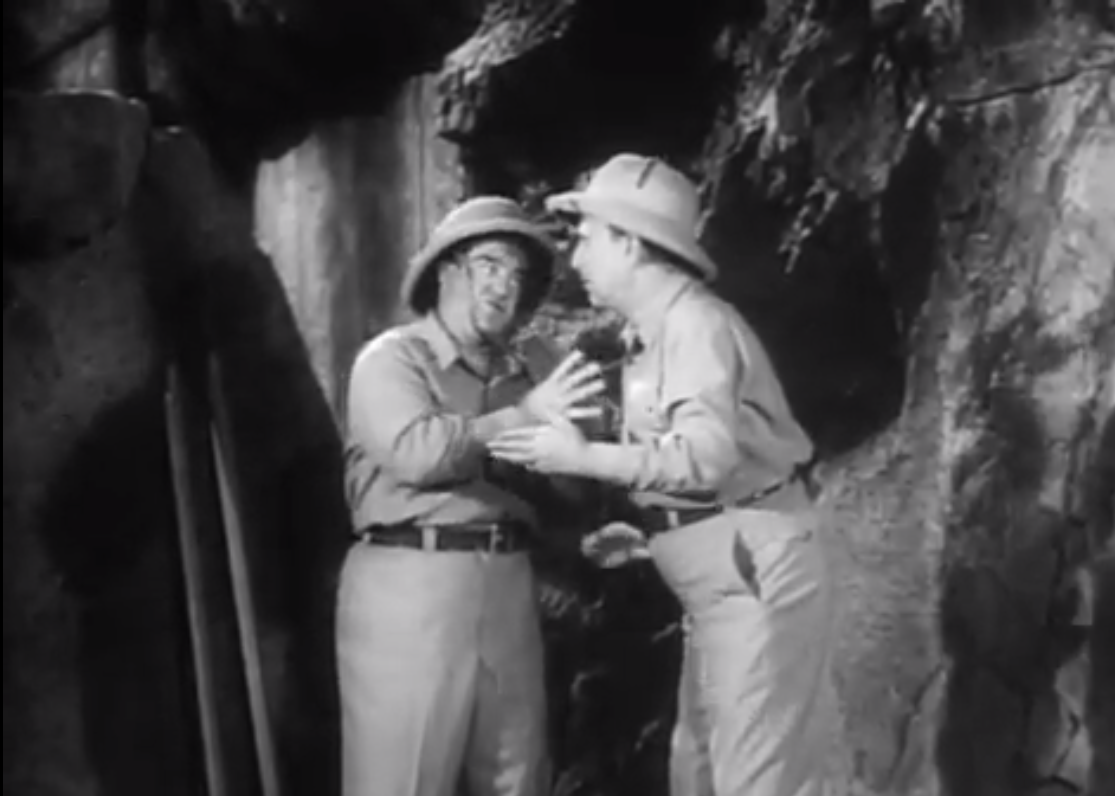 Abbott and Costello Meet the Mummy is both a very funny comedy. It’s also a respectful Universal Monsters entry in the Mummy series.  The Mummy is is following the same typical formula. A former high priest Kharis (renamed to Klaris here for no reason) has been cursed to never-ending life for his forbidden love for an Egyptian princess.  In this entry, the Mummy can be controlled by a mystical amulet. Which accidentally falls into the possession of Abbott and Costello.

There are two different factions feuding over the Mummy. One is led by the current high priest of the (mythical) cult of Karnak. Played by Richard Deacon, remembered for his role of Mel Cooley on  The Dick van Dyke Show). The other is a group of fortune hunters led by Madame Rontru (Marie Windsor).

Bud and Lou, stranded in the Middle East, unwittingly get caught in the middle. Bud’s trying to make a buck if possible, and Lou trying simply to say alive.

Editorial Review of  Abbott  and Costello Meet the Mummy  courtesy of Amazon.com

After 15 years of hit movies for Universal Studios,  Bud Abbott  and  Lou Costello  left the  studio in the twilight of their partnership with the last of their monster comedies. Decked out in desert safari gear, the boys go looking for a job with an Egyptologist and wind up in the middle of a conspiracy concerning the murdered professor, an ancient mummy, and a magical medallion that, true to form, bumbling Costello manages to eat for dinner.

Marie Windsor, the boss lady of a gang of treasure hunting crooks, dresses in a harem outfit to vamp for our chubby little hero, and the eternally stiff  Richard Deacon  hilariously plays the leader of an Egyptian mummy cult like a high school principal decked out for Halloween. Directed by longtime collaborator Charles Lamont, it’s a typical  Abbott and Costello  farce with disappearing corpses, mistaken identities, and wacky word plays (“Take your pick” riffs on “Who’s on first” with garden tools).

While not as clever or spirited as their original monster mash  Abbott and Costello Meet Frankenstein, the vaudeville veterans are still masters of the double take and fast-talk patter, and the picture climaxes with a screwball chase that involves not one, not two, but three mummies skittering through the phoniest looking pyramid this side of community theater. You were expecting realism? The boys appeared together once more on film, in  Dance with Me, Henry, and then split up. —Sean Axmaker

Trivia for Abbott and Costello Meet the Mummy (1955)