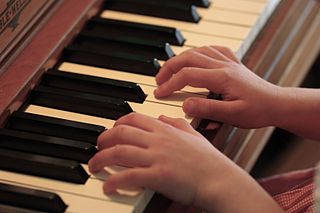 Alright Piano Routine – from the Abbott and Costello Show episode, The Music Lovers, where Lou is trying to impress Hillary’s father with his musical ability.  Although he doesn’t have any, with Bud Abbott’s help, and a phonograph record, he tries to fake it!

Lou and Bud are talking outside of the apartment preparing the scheme.

Bud Abbott: Do you understand everything clearly?

Lou Costello: I understand. You’re going to get behind the piano.

Lou Costello: When I say alright, you’re going to play the music.

Lou Costello: Then when I say alright the second time, you turn off the music.

Bud Abbott: That’s all there is to it. Now go knock on the door.

Bud and Lou knock on the door and go into the apartment.

Lou Costello: You sit right there and I’ll play something like you’ve never heard in your life. Beautiful too! (Hillary laughs coyly).

Lou walks over to the piano.

Start keyboard with a classical song.

The music stops. Lou walks over to Hillary and her father.

Lou Costello: (Lou smacks hands) How’d you like it.

Hillary’s father – I didn’t say it was wonderful. I said it was alright.

Piano starts playing with Lou far away from the piano. Lou runs over to the piano.

Lou Costello: When I say it ya…

Lou returns to Hillary and her father.

Lou Costello: Well, what do you think of that?

Hillary’s father – That was all…. To the mustard.

Lou Costello: All to the mustard???? For a minute there, I thought your father was going to say it was alright.

Piano starts playing again, and Lou not expecting it to start has to run back to the piano.

Lou finally dumps a vase of flowers on Bud’s head in order to wake him so that he’ll turn off the piano.

Hillary and her father jump up and go over to the piano.

Hillary’s father – You’re a fake. Hillary, I don’t want you to have anything to do with that young fellow.

Bud Abbott comes out from behind the piano.

Bud Abbott: Why you ungrateful dog! You, you!

Bud Abbott pushes Lou backwards into the piano, which collapses.