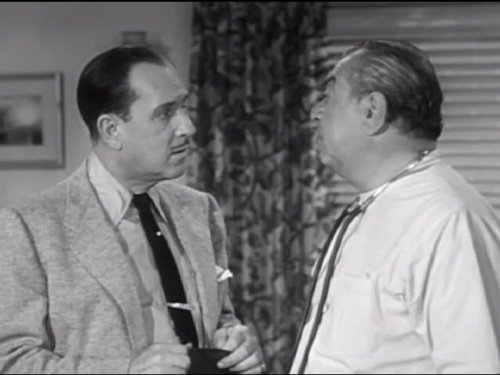 Since Bud and Lou are five months behind on their rent, their landlord Sid Fields demands the boys take out life insurance policies that name him as beneficiary.

Wary of their motives, Lou is too nervous to pass the physical, so Bud takes him on a hunting trip to relax. And Lou fears that his pal Bud wants to kill him to collect the insurance money!

Funny quotes from Life Insurance – The Abbott and Costello Show

Lou Costello: I don’t smoke, I don’t drink, I don’t carouse. I believe in living clean
Nurse (Dorothy Granger): It may be clean, but I wouldn’t call it living.

Nurse: I’m sure you have plenty of nice, red blood.
Lou Costello: And I intend to keep it!

Bud Abbott: [Lou thinks his coffee is poisoned] You only live once!