Home > Movies > Comin’ Round the Mountain

Comin’ Round the Mountain 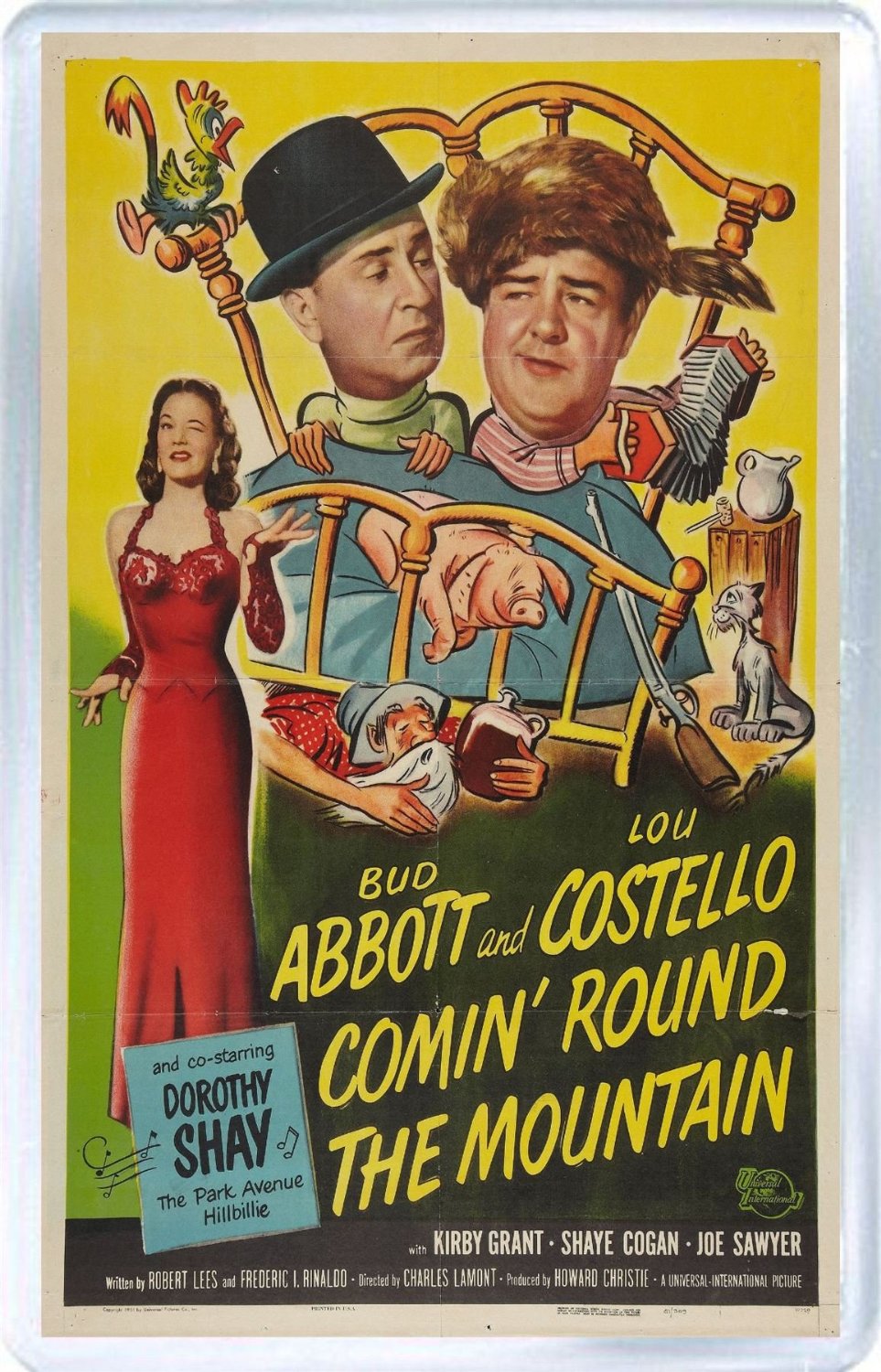 Comin’ Round the Mountain, starring Abbott and Costello

Imagine Abbott and Costello in the midst of the legendary mountain feud of the Hatfields and the McCoys, and you have Comin’ Round the Mountain. It’s a very funny film, with Lou Costello as the “long-lost” grandson of Squeezebox McCoy, whose concertina holds the key to a hidden treasure. Lou’s return to the hills of Kentucky re-ignites the long-dormant feud.

Funny bits include the “forefathers” routine (see below in the quotes), and a voodoo duel between Lou and Margaret Hamilton (the Wicked Witch from The Wonderful Wizard of Oz) as they make voodoo dolls of each other and keep jabbing each other! It’s a very funny sequence, that begins when cheapskate Bud refuses to pay her. And the scene only ends when she starts to make a voodoo doll of him!

Synopsis of Abbott and Costello’s Comin’ Round the Mountain

Al Stewart (Bud Abbott) and Wilbert (Lou Costello) are magicians doing a stage act when they run into Wilbert’s cousin Dorothy McCoy. Wilbert is the grandson of Squeeze-box McCoy. They go back to the hills of Kentucky to and find that Squeeze-box had a hidden treasure. The boys find themselves in the middle of a family feud.

Coming Round the Mountain is available as part of The Best of Abbott and Costello, Volume 3

Al Stewart (Bud Abbott): What’s going on out there?
Wilbert (Lou Costello): My in-laws are acting like outlaws.

Al Stewart (Bud Abbott): Now listen your next turn at the Turkey Shoot and we gotta beat those Winfield’s.
Wilbert (Lou Costello): You know I don’t know how to shoot a gun.|
Al Stewart (Bud Abbott): Didn’t you learn how to shoot in the Army?
Wilbert (Lou Costello): I was in the Cavalry. What kind of bullets come out of a pitchfork?

[Lou ends the voodoo duel  by making a doll of the witch and Lou and the witch  “needle”  each other for a while. Finally they call truce, and …]