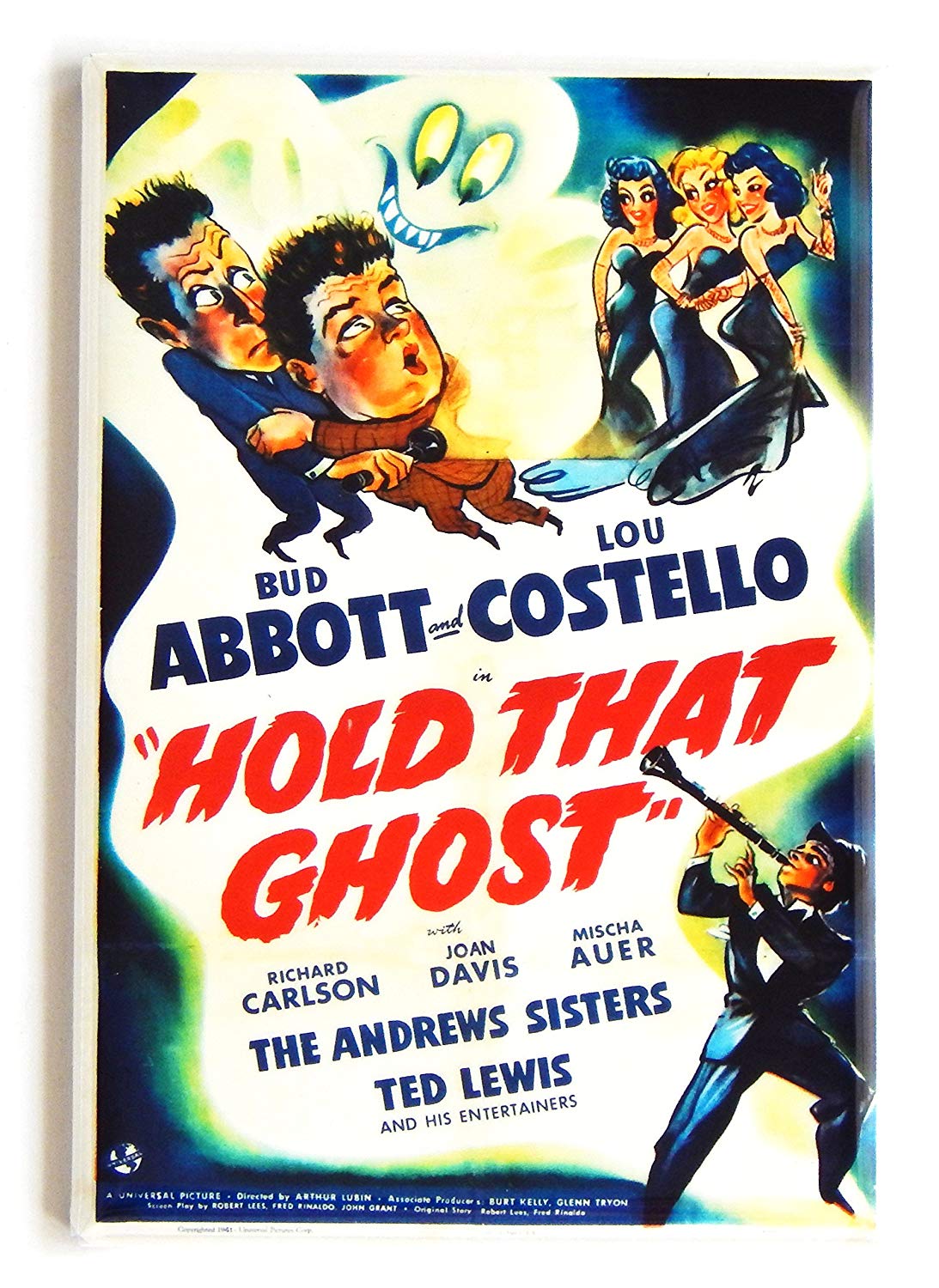 Hold that Ghost is the third Abbott and Costello movie of 1941. And perhaps their funniest of all time. It was rushed into release to capitalize on the wild box office success of their first two starring films,  Buck Privates and  In the Navy. In Hold that Ghost, Bud and Lou come into an inheritance: an abandoned roadhouse formerly belonging to a “rubbed out” mobster. This choice piece of real estate is also supposedly the hiding place for the mobster’s illicit loot. When they arrive to claim the “inheritance”, all mayhem breaks loose. People die mysteriously. Lights go on and off. Walls turn inside out. People hear Moans and shrieks. And ghosts run rampant in this delightful comedy co-starring Joan Davis, who is hilarious as a “professional screamer,” and featuring musical performances by  The Andrews Sisters.

Synopsis of Hold That Ghost

Hold that Ghost deals with Bud Abbott and Lou Costello as gas station attendants, who inherit an abandoned roadhouse from a deceased mobster, due to his odd will bequeathing it to the people close to him when he died. Bud and Lou go there, accompanied by several other people — but it turns out that the gangster has hidden his wealth there, and several of his old cronies are looking for it, and are trying to get rid of Bud, Lou and their new friends by hook or crook – or murder.

Review of Hold that Ghost

Hold that Ghost  is, in short, one of the funniest movies that I’ve ever seen. The comedy comes fast and furious, the pace is quick, the cast is excellent. The movie is “bookended” by scenes set in a a nightclub. These highlight performances by the Andrews Sisters, and Ted Lewis. In addition to a short appearance by Shemp Howard (as a soda jerk in the store where Bud, Lou, and others are waiting for their ride), there are several other major cast members,

People who are literally “along for the ride” and become trapped at the abandoned roadhouse — Doctor Jackson (Richard Carlson), Norma Lind (Evelyn Ankers), Camille Brewster (Joan Davis), and Charlie Smith (Marc Lawrence).  Charlie is actually part of the deceased mobster’s gang, looking for “Moose” Mattson’s loot. And since there’s no honor among thieves, he’s the first one to die.

The movie quickly turns into a “haunted house,” with mysterious things happening

Trivia for  Hold that Ghost