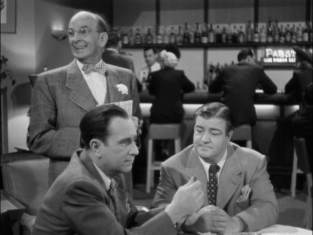 Abbott and Costello horse fodder routine — a classic Abbott and Costello skit, with Lou Costello mistaking “fodder” for “father”; they did the routine numerous times, on the radio, on their TV show, and in their films  Hit the Ice and The Noose Hangs High.