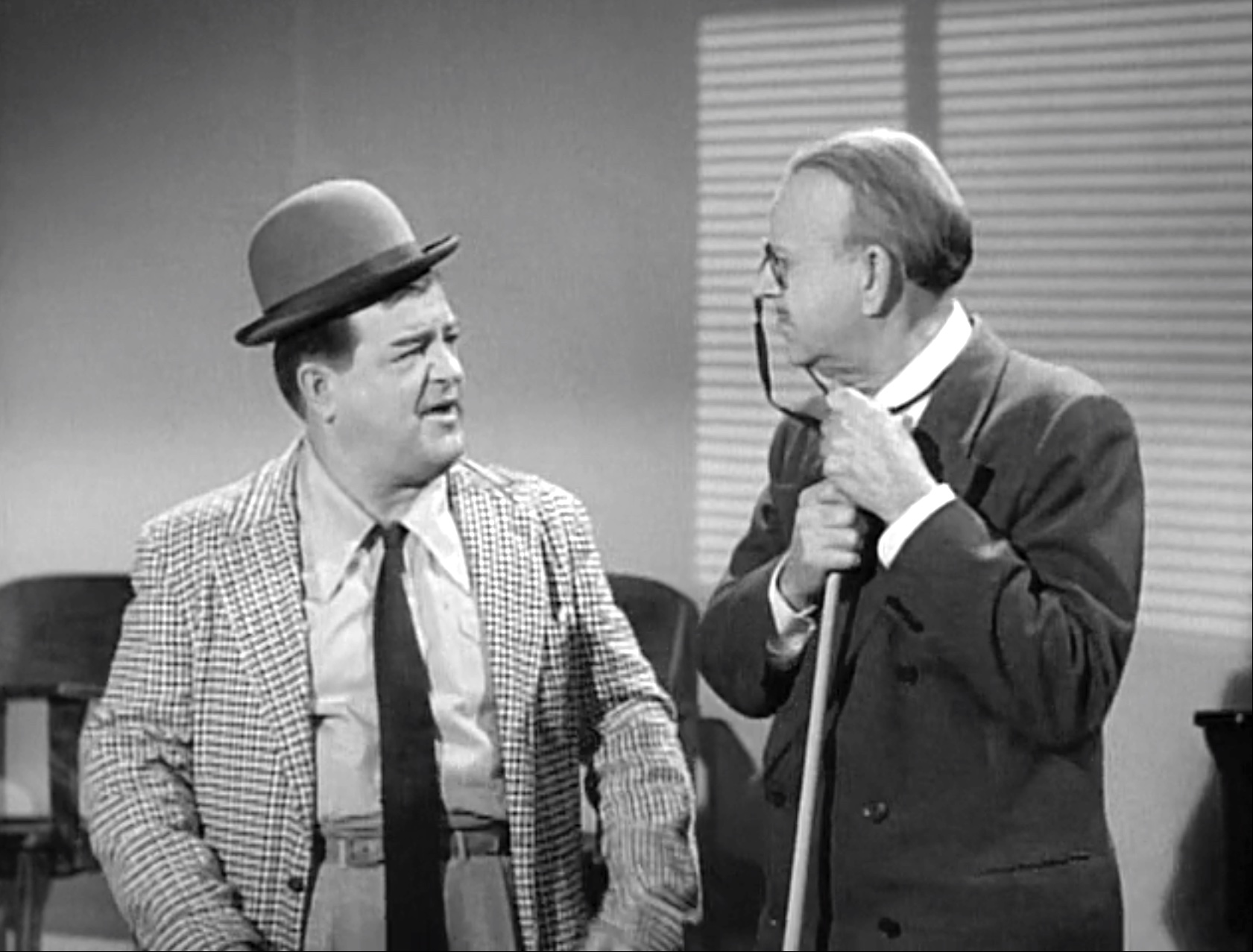 Las Vegas – The boys have won an all expenses paid trip to Las Vegas and decide to take Hillary along. But first they have to buy a used car from Friendly Fields’ Used Car Lot. Later, in Vegas, Lou loses his money and plays a violent game of billiards.

Bud Abbott takes his pal Lou Costello to get a drivers license for the trip. After dealing with a comically near-sighted man — who gets his drivers license — it’s Lou’s turn. After some verbal jousting about Lou’s old car, both Lou and the drivers license bureau sign Lou’s application. But it’s a marriage license! “I want a divorce!”

Then it’s off to Friendly Fields Used Car Lot. They meet the various “honest” car salesmen — including Double Crossing Dan! There’s some prop comedy as they look at some cars, including the “deal of the day” …. Which falls apart Lou touches it! But Friendly Fields finally brings out a car for Lou — for $385. Which he talks down to $90, since that’s all that Lou has. Then, in a funny bit, Lou “haggles” him down to … $90!

No sooner do they arrive at the hotel/casino in Las Vegas, they meet their neighbor, Mrs. Jackson! She’s lost her husband’s entire week’s pay at the race track — $47. Soft-hearted Lou gives her $47, so her husband won’t find out. She gratefully kisses him, and then takes $10 more — so she can tell her husband she won!

After clownishly “borrowing” Bud’s chair, Lou, Bud, and Hillary sit down. Bud sends Lou to find out the odds on the horses. But a tout cheats him out of a dollar – for a tip sheet with eight guaranteed winners! For yesterday’s winners! Back at the table, neither Bud or Hillary are interested in his tip sheet, for some reason. :). And then Bud and Lou segue into their mudder and fodder routine.

Lou then runs into a wealthy gambler who never loses — named Julius Caesar. And they start a game of pool, continuing the “fodder” routine. Whenever Julius knocks a pool ball into a pocket, it hops up and knocks Lou on the chin! Then Mrs. Jackson comes by, and takes more money from Lou! Finally, it’s Lou’s turn to shoot …. And the cue ball flies back and hits him in the chin!

Man at drivers license window: Born?
Lou Costello: There’s some doubt about that …

Lou Costello: How old is his car?
Friendly Fields: Yes.
Lou Costello: I don’t know, but all I know is, last year when his car burned, he had to give the insurance company $1,100.