Home > Jokes > Abbott and Costello ask, Do big noses run in your family?

Abbott and Costello ask, Do big noses run in your family? 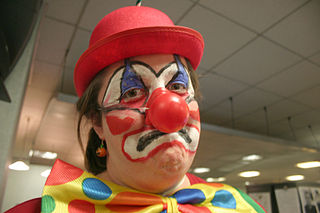 Abbott and Costello ask, Do big noses run in your family?  An old joke, told by Bud Abbott and Lou Costello on their radio show on April 28, 1948

Lou Costello: Why don’t you get your cousin Norman a job at a filling station?

Bud Abbott: What could Norman do at a filling station?

Lou Costello: With that big nose of his, he could replace a filling pump.

Bud Abbott: Now wait a minute.   He has a very sensitive nose.   He can stand three feet from a table and smell cheese.

Lou Costello: With that nose, he could stand three feet away and cut it.

Bud Abbott: Costello, Norman comes from my wifeâs branch of the family.   You know, my wife and Norman both have the same nose, and they’re very proud of that nose.

Lou Costello: Well, thereâs enough there for both of them to be proud of, believe me.

Mrs. Abbott (entering): Why, you high-hipped hippopotamus!   I heard what you said about me!

Lou Costello: I’m sorry I said anything about your nose, Mrs. Abbott.   After all, lots of families have big noses.

Lou Costello: Only in the winter time.