Home > Hit the Ice > The Vacation [Abbott and Costello Show]

The Vacation [Abbott and Costello Show] 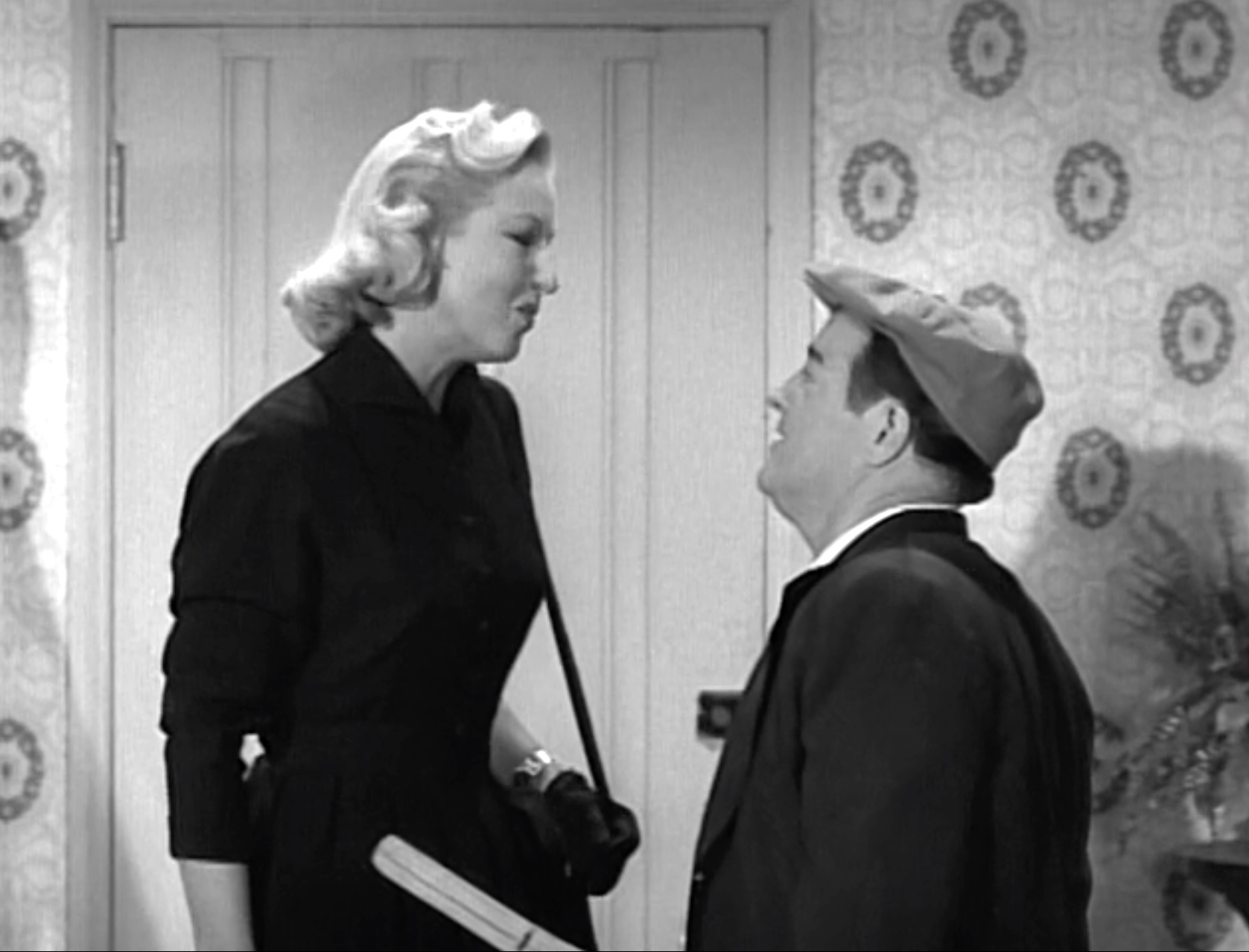 The Vacation – Bud and Lou plan to vacation at the Biltmore Hotel near Phoenix, and stock up at Sporty Fields’ sporting goods store. But as Lou packs, Bud worries that Mr. Fields will rent their apartment out from under them while they’re gone.

The Vacation is a funny episode of The Abbott and Costello Show, but with an odd premise. Although they have no money, and are behind on their rent, they’re going on vacation. How? They’ll rent a car, leading into the Hertz U Drive routine. After Lou has a funny altercation with his girlfriend , Tessie Tinfoil’s, other boyfriend, Bud and Lou are off to buy some sporting equipment for their vacation. Their landlord, Sid Fields, has given Bud a business card for his brother, Sporty Fields, who will sell them the equipment wholesale.

There’s a lot of sports equipment for Lou to get in trouble with. He accidentally tears the skirt of an older lady with a fishing pole. Lou throws a baseball to Bud, who throws it back, and conks Lou on the head. So, Lou decides to play with something safe …. A rife! Which leads into Lou telling Bud and Sporty Fields about his brother-in-law who liked to wrestle alligators. Then, tries to prove his marksmanship by shooting a “stuffed” bird. Then, finds a boat to play with …. And nearly “drives” it out of the store! Only to get hit by a person who was in the tent that he knocked over.

After the break, Bud and Lou come in front of the curtain to do a routine about “where’s the bow of the boat“. After Lou does a short prank with Mike the Cop about learning the states with a rubber sheet, they have to pack for their trip. Sid Fields wants to redecorate their apartment while they’re gone, but all Bud wants is to get the lamp fixed. So, in a clownish moment, Lou helps with the lamp. After a moment, Lou starts to pack his belongings for the vacation. But then, Bud begins to get suspicious about Sid Fields’ sudden desire to redecorate their apartment. Is he planning to rent it out to new tenants while they’re gone? So, they don’t dare leave! So, Lou starts unpacking. But, Bud wonders if he’s not being paranoid … Mr. Fields won’t throw them out! So Lou starts repacking. But then …. It’s a very funny routine, that doesn’t go on too long.

There’s then an extended bit, as Lou says goodbye to Hillary Brooke. His hands are full of luggage, and he puts it down to say goodbye. He picks it back up, but Hillary has one more thing …. So Lou drops it all, talks for a moment, picks it up, and repeats the scenario. It’s short and funny, and doesn’t violate the Rule of Three.

Outside, Lou does an abbreviated version of the same routine with Sid Fields, who wants to wish them goodbye. then, it’s time to pack the car. And the car is a comedy prop in itself. Close the trunk and the hood opens, etc. Finally, Lou drives the car to the Biltmore Hotel — that’s only 50 feet away!