Home > Articles > The Navy Gets a Laugh Ration 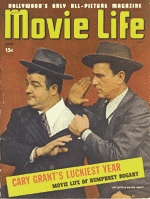 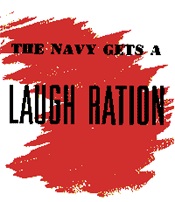 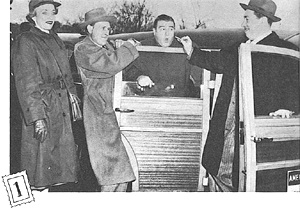 VOTED KINGS  of the box-office for 1942, Bud Abbott and Lou Costello prove themselves Princes of Good Fellows  by clowning till it hurt. Costello went  into the hospital after seven weeks. 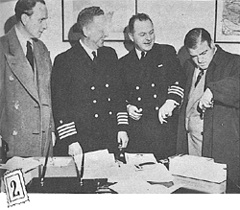 COMICS  clown on and off stage. At an eastern Naval Base they were welcomed by Capt. George Wauchope and Comm. W.H. Fitzgerald, pulled gags. 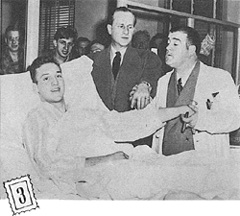 FRESH LITTLE Costello showed no more respect for sick sailors than he did for gold braid. âGit up outa dere!â he told boys. They loved it. 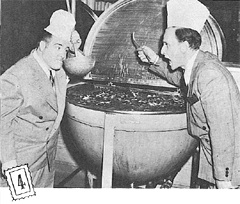 NEWEST FILM has been variously named Oh Doctor,Pardon My Ski, and is now Hit the Ice. It was finished before they made camp tour, released soon. 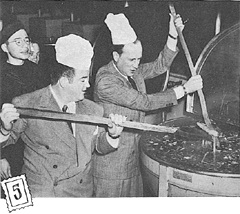 COSTELLO hates carrots, tried to extract all from the soup to show his true friendship for all the sailors, fished out a lot before cook noticed. 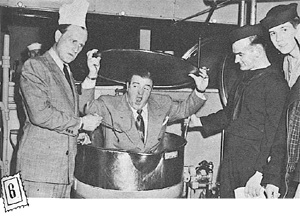 KITCHEN GANG entered into spirit of play and popped Costello into a kettle. Inspection tour of whole Base gives men on duty who will miss stage show, a chance to see the stars, get some fun.

AND  COAST GUARD IN A 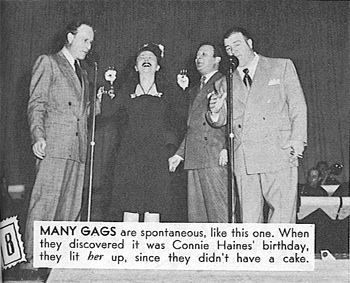 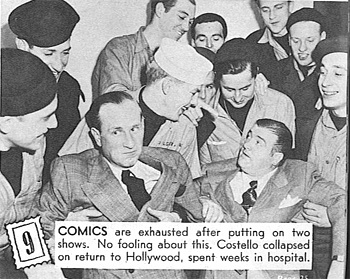