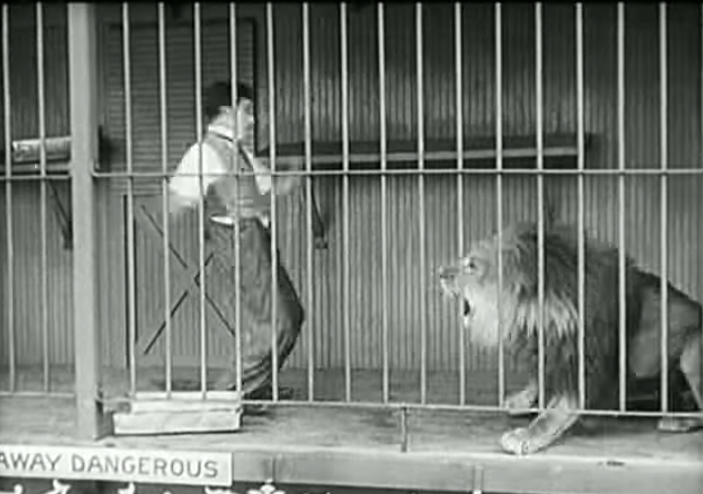 From the old  Abbott and Costello  radio show:

Bud Abbott: Costello, do you know anything about lions?

Lou Costello: Do I know anything about lions?   ‘Course I know lots of things about lions!   One time I went lion hunting in Africa with my brother, and brought back a stuffed lion.

Bud Abbott: What was the lion stuffed with?

Lou Costello: My brother. (pause) You’re not getting me into that cage with that lion, brother!

Bud Abbott: Oh, You’ve nothing to worry about. That lion was raised on milk.

Lou Costello: So was I, but I eat meat now!