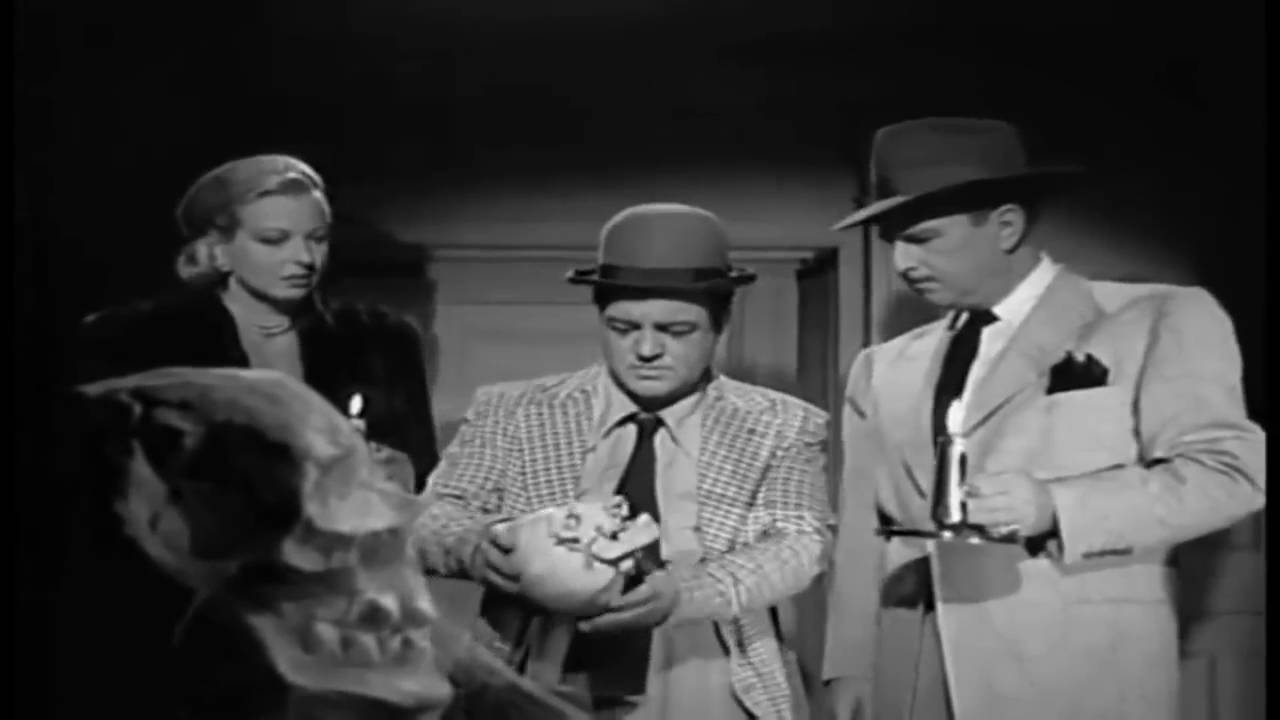 In The Haunted Castle, Bud and Lou keep Hillary company one night in an old house she’ll inherit — if she stays the night!

In The Haunted Castle, Bud Abbott and Lou Costello accompany Hillary Brooke to the haunted castle of her deceased uncle, Montague Brooke. According to his will, if she can spend the entire night there, she’ll inherit the estate and all its treasures. But, if she fails to spend the entire night there, the estate shall become the property of the trustee, Mr. Melonhead (Sid Fields).

In many ways, The Haunted Castle is a rehash of the haunted house routines from the Abbott and Costello movie, Hold That Ghost. That’s not a bad thing; the movie had come up 12 years prior, and there were no such things as DVDs, BluRay, etc.at the time.

It was also interesting to see Sid Fields (in another dual role as Mr. Melonhead) cast as the villain, trying to “cheat” Hillary out of her inheritance.

Lou Costello: [to Hillary Brooke] Keep one eye on this candle, one eye on that candle, and the other eye on me!

Bud Abbott: How much would you charge to haunt a house?
Lou Costello: How many rooms?