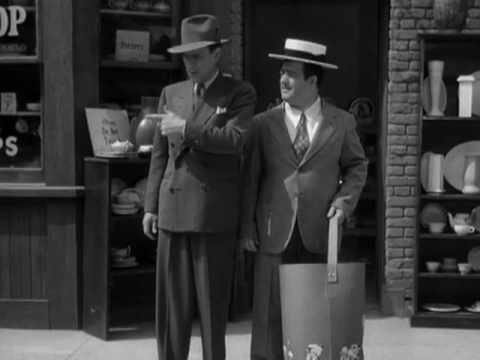 This is a classic vaudeville routine and highly popular with the fans of Bud Abbott and Lou Costello.  During the filming ofIn Society, Lou wanted to include this routine in the movie. However, because the movie was already on a tight shooting schedule, since Universal Pictures wanted to release this film before MGM’s Abbott and Costello movie “Lost in a Harem,” the producers refused. Lou was unwilling to give up on the idea, so he filmed and directed this segment himself.