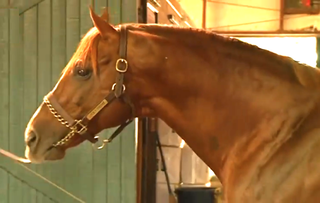 Getting ready for the chase

Bud Abbott: But you can’t do it by yourself! Call a posse, that’s the thing!

Bud Abbott: Dead Man Gulch is in the heart of the cattle country. It’s the home of the western bandits, and cattle rustlers.

Lou Costello: I sat on a branding iron!

Bud Abbott: Did that cause you to catch the rustlers?

Bud Abbott: But this is going to be a long trip. Now, you’ll have to get an outfit. What are you going to wear?

Bud Abbott: Never mind the outfit. Another thing you’ll need is a horse. Have you got a horse?

Lou Costello: I eat with my horse.

Bud Abbott: You sleep with your orse?

Bud Abbott: Now tell me – can you ride a horse?

Lou Costello: Sure I can ride a horse. One time, Abbott, I rode two horses at once, standing up. I had my right foot on one horse, my left foot on the other horse. All of a sudden we came to a fork in the road. Each horse went in a different direction.

Bud Abbott: That was a laugh.