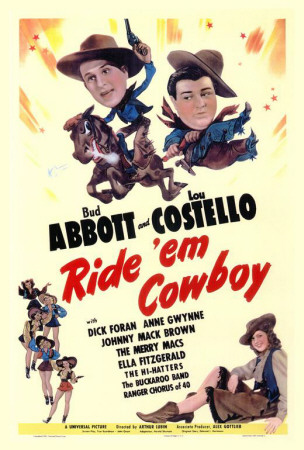 Bud Abbott and  Lou Costello star as two peanut vendors at a rodeo show. Soon, they get in trouble with their boss and hide out on a railroad train. Which unexpectedly heads west with them still on it. Upon arriving, they get jobs on a dude ranch despite the fact that neither of them knows anything about cowboys, horses, or much else. The scene with Lou Costello attempting to milk a cow is a gem of comedy. Abbott and Costello follow the same formula here as in their previous films, with a romantic subplot and music, provided here by  Ella Fitzgerald. 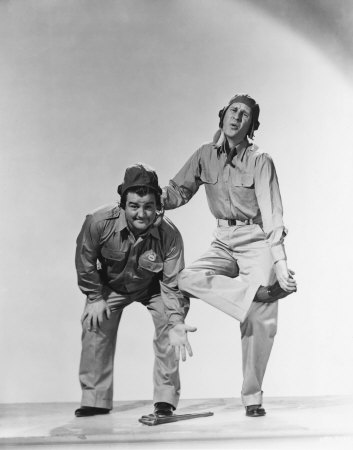